Data for analysis of the 1851 census was obtained from several on line sources, which were then compared and combined to obtain a final data set. This process preceeds the anaylsis below:

Additional note (added 01.09.15): Couple 14 born in Ireland
Was found from ONLY ONE source and NOT found on a repeat search later. 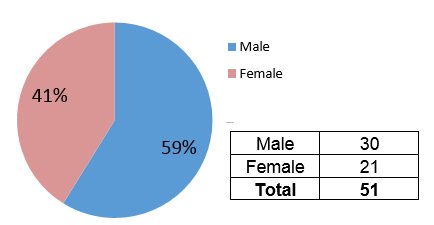 The age range was 6 months to 69 years

30 individuals were already on my own tree and two individuals and a family of 7 were added.
These therefore were related to each other and descended from Joseph PULLUM (1757 – 1846) and his wife Marie/Mary Le Franc /Free (1760 – 1843)
(7 households of 4 families and 3 individuals) = 39 (76%)
Additionally There was the family headed by Aaron PULLUM
(1 household of 5) = 5
The remaining 7 included were questionably Pullums (as the original could not be examined).
1 possibly 2 couples and 3 individuals = 7 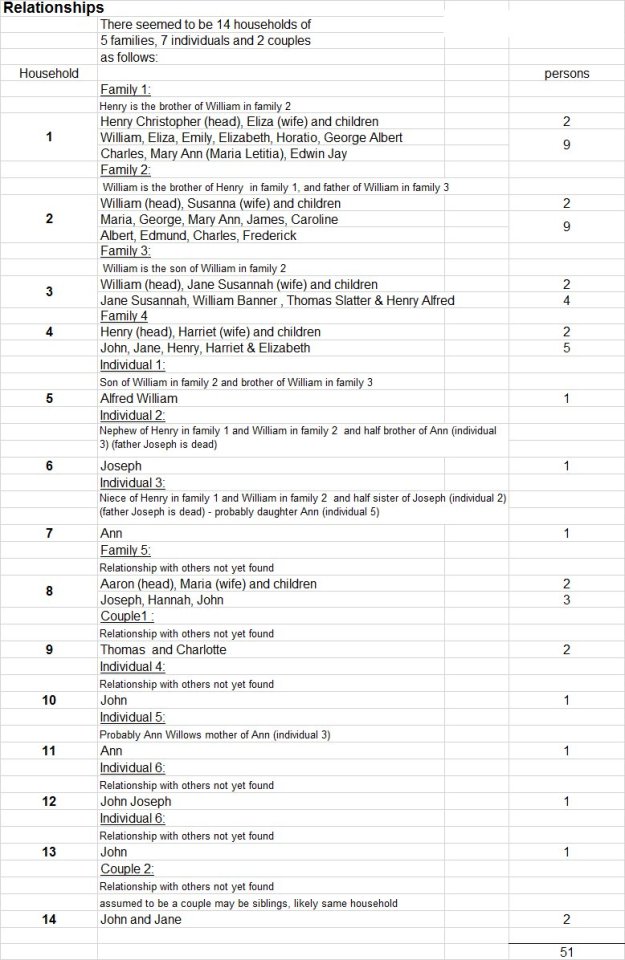 The majority (53%) were born in London & Middlesex (the areas in Middlesex are now London) Those in Surrey and Kent are close & half are areas now in London (18%)
This is a total of 71% in the now London area.

Of the ones known to be from the same descendants:
Four were “outliers”, from Sussex, Norfolk and Bristol
Three of these were wives i.e. not born Pullum.
The fourth is the child who was born in Cambridgeshire but her father & half-brother born in London. Her mother was born in the same place as her.

Of the ones not known to be from the same descendants:
3 individuals were from fairly nearby
Camberwell, (then Surrey); Greenwich (recorded as Kent) and Suffolk (? Hardbrook)
The others were not , Lincolnshire (2) and Ireland (2) 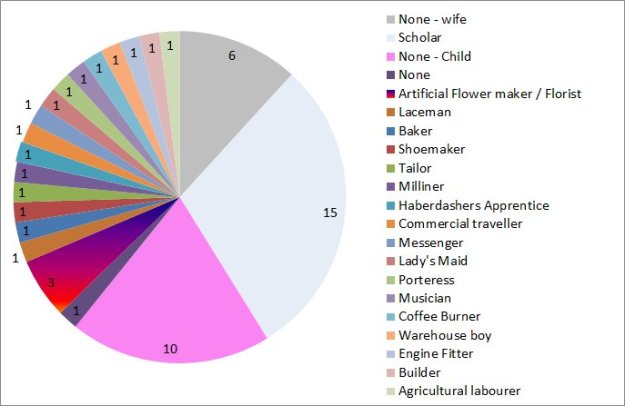 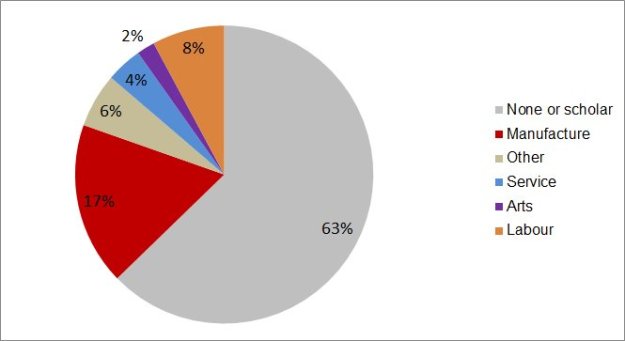 39 (7 households) individuals had a common ancestor or had married into the family
The other 12 consisted of a family of 5, 2 couples and 3 individuals

There seemed to be 14 households of 5 families, 7 individuals and 2 couples

71% were born in the now London area
3 not born in this area were wives (i.e. not born Pullum)
Of the other “outliers” two were known to be related to the London family.

The majority (61%) had no occupation, being wives & children
Half of those with occupations were in manufacturing/retail industries
(Artifical florist (3) Laceman, Shoemaker, Tailor, Miliner, Habberdasher’s apprentice, Baker)

This site uses Akismet to reduce spam. Learn how your comment data is processed.