Percy Digby Templeton Pullum was born on the 29th of June 1864 in Plymouth, Devon. His family originated from London but his father Henry Ebenezer Pullum was the performer Harry Templeton of the original African Opera Troupe, so the family travelled extensively. Percy was baptised at St Martin’s-in-the-Field, Westminster, London on 21st May 1865.

Harry and his wife Annie (nee West)  had six children, and Percy was their third child. However in September 1870, when Percy was 6 years old, his 2 year old sister Edith died. In the same month, his other sister Annie died aged 4 years, followed by one of his brothers, 7 year old Edgar. (There was a smallpox epidemic in London at this time).

Although they travelled, is appears that London was their base as the family are found on the 1871 census at 229 Hampstead Road, Marylebone, London and in 1881 at 23 Melton Street, St. Pancras, London. On the latter, Percy is recorded as being a vocalist, so is seems that he had joined his parents on stage.

However on Friday the 23rd September of the same year, 1881, Percy aged 17 , along with Robert Jones and Richard Burchell was charged with burglariously breaking and entering at Marylebone police court. They were remanded until the 1st of October.
The details were reported in The Standard newspaper the following day and in Reynolds’s Newspaper  on the Sunday. In these reports, Percy is described as a baker.

On 31st October 1881 at The Old Bailey, Central Criminal Court, he was sentenced to 18months imprisonment   (Robert Jones received 2 years as he had a previous record).

Within 9 months of coming out of prison, Percy joined The Royal Fusiliers. However he used his middle names and was therefore called Digby Templeton.  On his first enlistment on 5th December 1883, he signed on for 12 years. Apart from his name many details he gave were correct, he said he was aged 19 years and 5 months, born in Plymouth, Devon, unmarried and a baker. However he claimed not to ever have been sentenced to penal servitude (which may have been true in that he was imprisoned but not sentenced to hard labour). His medical 2 days before revealed him to be 5 ft 5″ tall weighing 119lbs, with dark hair and hazel eyes, good physical development, there were 2 marks from vaccination in infancy (most likely for smallpox). 5 cicatrices (scars) were also noted on his right hip. 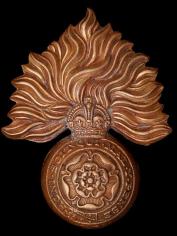 nduct and his habits temperate. He passed certificates of education and after the first year and 8 days of his 12 year service, he was posted abroad to Gibraltar (13 Dec 1884 – 13 Dec 1885), Egypt (14 Dec 1885 – 8 Jan 1888), and the East Indies (9 Jan 1888 – 26 Feb 1896). He returned home for the last 21 days.
However he had a large number of admissions to the infirmary during this time for a wide variety of illnesses including Gonorrhea twice; Synositis, Conjuctivitis, a wound to his hand while off duty; inflammation of his lymph glands; S.C (?scarlet) fever; Ague several times; Bronchial catarrh twice; and melaena.
During this episode of service, he had been promoted twice. In May 1892 he had become a Lance Corporal and then in April 1895 a Corporal.

Six months after his discharge from the army on 1st September 1896, using his full name, Percy Digby Templeton Pullum, aged 32 he married Mary Jane Abraham in Cardiff, Glamorgan, Wales. They had a daughter Olga Daisy Hilda Templeton (she was not given the Pullum name ), born on 1st November 1897 in Penge, Kent.

They were living in the public house, The George the Fourth in Harpenden, Hertfordshire, when on the 14th March 1900 Percy joined the Royal Reserve Regiment, giving the same details as before and in June he signed up with the The Royal Fusiliers for just over 5 years.  However he was discharged in Jun 1901 to join the Bedford Regiment and the family then lived in the District Shaft Barracks, Port of Dover, Kent. (At some point during this time, his wife lived at 9 Kingsley Terrace, Earlsfield. London),

In 1911, the family were living at 2 Glengall Terrace, Old Kent Road, Camberwell, in a 3 room tenement. He had kept the name Digby Templeton and 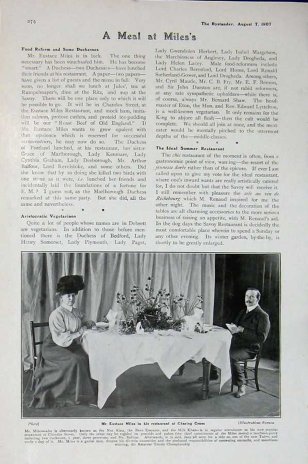 described his occupation as an army pensioner and Servery Superintendent at Eustace Miles restaurant, Chandos Street, Charing Cross. His wife was working as a straw hat machinist.

The family were at 146 Wellington Street, Luton and when WWI broke out, Digby (giving his occupation as buyer), enlisted again but, as he was over 50 years old, with the special reservists,  and for service in the UK only. He was promoted to acting Sergeant and then after passing certificates (e.g. in drill) was promoted again to Sergeant. Following a request from the commanding officer of the 14th battalion of the Royal Fusiliers,  he was transferred to them to work in the officer’s mess.

Officer and a Gentleman

He was described as ” a sober industrious man” on his discharge at Dover on 14th October 1916. The family at this time lived at 8A Surrey Road, Peckham Rye, London SE (his wife had been here at least since 1915). On discharge from the army he declared his qualifications for employment in civilian life to include handyman, timekeeper, messenger and buyer for Eustace Miles Restaurant, for 6 or 7 years. (tennis player, food fanatic etc). 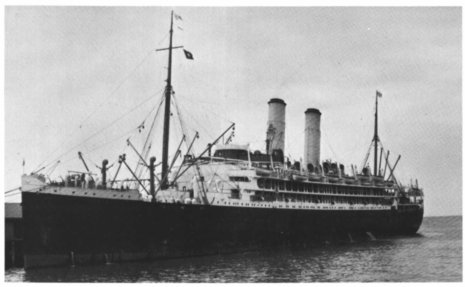 After the war, his daughter married in June 1919 (he was recorded as Percy Digby Templeton, clerk). Later that year on November 15th, P.D Templeton (messenger) & M.J Templeton (domestic) travelled 3rd class the Ormonde. They arrived in Melbourne, Australia on Boxing Day.
He was now calling himself Percy Digby Pullum Templeton and he and Mary Jane lived in the small town of Alvie near Beeac, Corangmite, Victoria, Australia. Percy gave his occupation at this time as Gentleman. However they did not remain there and on 7th March 1922, they arrived aboard the Orsova in Tilbury, Essex. He was still called Percy but had again dropped the Pullum name. He had a new skill as his occupation had changed again, this time to farm hand. The proposed address given in the Incoming passenger list was “c/o Mrs E Snow. 176 Wellington Street, Luton, Beds”. Back in England, he again dropped the name Percy and he and Mary lived at 155 Peckham Park Road, Camberwell from 1924 until his death in 1929.
His name on the death index is recorded as Percy D Pullum-Templeton.